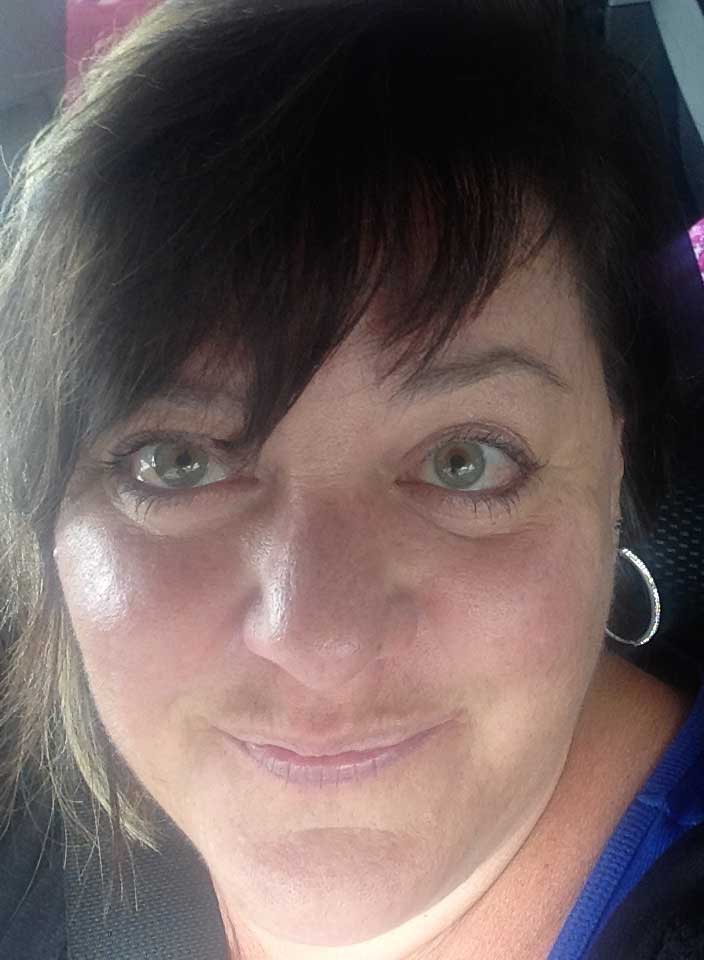 Suzanne Bottum-Jones is a Registered Nurse with over 15 years of experience working with the management of behaviors and psychological symptoms associated with dementia, brain injury, and other forms of cognitive impairment. She is a nationally recognized speaker, behavioral consultant, educator and advocate who works to encourage health professionals and care givers to include behavioral strategies designed to move beyond pharmacologic only interventions. Suzanne is currently involved in developing and piloting ABAIT (Agitated Behavioral Assessment and Intervention Tools), a software platform designed to merge with electronic medical records that assist health care professionals and caregivers to improve quality of life and health outcomes for dementia patients. Suzanne Bottum-Jones resides in rural Wisconsin with her family on a five-generation farm. She loves sharing the beauty of the farm with friends, caring for her family, and helping families experiencing difficulties with dementia. Her motto in life has been to live gently, love passionately, and to choose joy everyday.

Dr. Bottum, age 54, began his career in 1991 at Scimed Life Systems as a Product Manager, identifying new markets and managing product development initiatives. In June 1995, he joined Spine-Tech, Inc. as Director of Marketing, where he managed the launch of a series of new products which grew revenue from $3 million to $80 million within 15 months. In February 1998, he joined cMore Medical Solutions as Vice President of Sales where he managed the launch of an early market solution for electronic medical records. Dr. Bottum joined Jundt Associates as an analyst in August 1999 and became a portfolio manager in March 2000. He was a Founder/President of Acuo Technologies, LLC from January 2000 until May 2005. The goal of Acuo was to disrupt the proprietary digital medical imaging archives. Acuo successfully applied an infrastructure to the medical imaging market to create a nonproprietary DICOM Grid Computing Network for large enterprise customers. Dr. Bottum pursued the dual role of running Acuo and operating as a Portfolio Manager for Jundt Mutual Funds and Southways Hedge Fund. His portfolio management thesis focused on long/short U.S. equities in large, mid-size, and emerging growth companies. In June 2005, he formed an incubator to cultivate paradigm shift capable ideas into emerging commercial entities. To date, multiple corporations have been successfully formed, ABAIT, LLC, Swoop Search, LLC, and Preempt Inc. He received his Bachelor’s and Master’s degrees from the University of Wisconsin and his Doctorate of Business Administration from the University of Minnesota Carlson School of Management.

As may be the case of many pivotal endeavors, Michael’s involvement in the current project stems from a conversation begun during the din of a multi-generation family holiday.   Amidst the backdrop of roughhousing and dinner table politics arose the challenge of maximizing the effect of Suzanne’s work in dementia care and management.

Michael has been involved in several small business ventures during the past ten years.  A unifying principle founding each of these engagements has been the creation of software to gather, analyze and intelligently present information so that we may make informed, productive decisions moving forward.

Michael’s educational background includes degrees in biochemistry, engineering, exercise physiology and computer science.  Michael has held positions in biological research labs, prototype labs, secondary science education and software development.  When away from his computer, Michael enjoys spending time outdoors, discontented, where novelty reigns.  Most of all though, he enjoys spending time with his family. 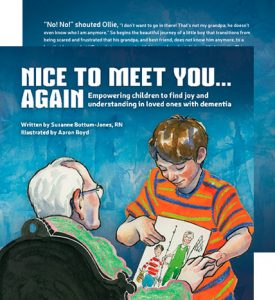 “No! No!” shouted Ollie, “I don’t want to go in there! That’s not my grandpa; he doesn’t even know who I am anymore.” So begins the beautiful journey of a little boy that transitions from being scared and frustrated that his grandpa, and best friend, does not know him anymore, to a boy that learns what HE can do to reconnect with his grandpa who is living with dementia. This unforgettable story takes readers through a range of emotions, from sadness to hope, as Ollie learns how to better understand the effects of dementia experienced by his grandpa and what he can do to help hold on to his relationship and enjoy their time together. This story is a lesson for children and adults to learn to accept a loved one experiencing dementia and to celebrate the joy in the interactions they still experience together.